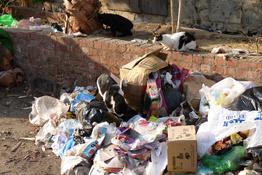 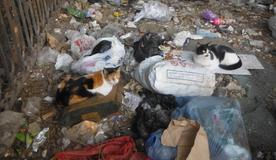 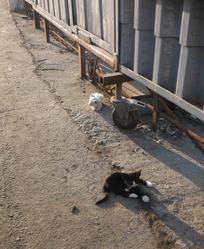 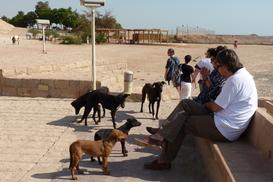 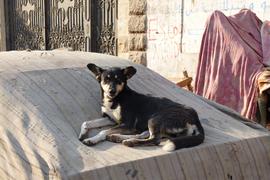 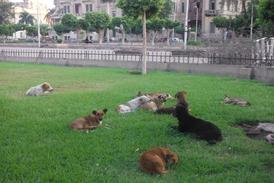 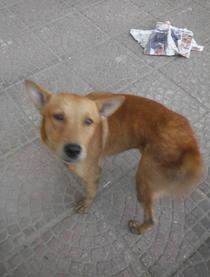 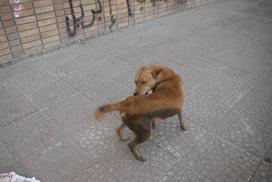 I recently saw online a petition by a woman involved with rescue to prevent rescues from bringing in dogs from other countries. Her main argument was that they could pose a health risk to dogs here. As well I have read other peoples opinions that we should be saving Canadian dogs first and should not be bringing in outside dogs. Well I'm no expert but I am not aware of any exotic dog diseases which these animals could bring in. I also believe that the government must have guidelines to prevent sick animals from being brought into the country. As far as I can tell if your dog is up to date on its vaccinations then any incoming dogs should not pose a threat. As far as saving Canadian dogs; why can't we do both?

Now just imagine the uproar this petition would have caused if it had been to keep people from other countries out of our country because they may have a foreign disease. SARS was thought to have originated in China and AIDS in Africa; should we be banning all people from these places because of it? Of course not.  We would not be allowed  to be that intolerant to people of other countries so the same should go for their animals.

I have been fortunate enough to have travelled around the world. I have also been unfortunate to have experienced the horrendous conditions many people are forced to live in and the even more deplorable conditions countless animals around the world experience. For over 25 years I have fostered children around the world with Plan Canada. When you foster a child they ask you if you would like one from a specific country or from where it is needed most. "FROM WHERE IT IS NEEDED MOST"  Now dog rescue sadly is needed everywhere, including Ontario, but our animals are far better off than most of those around the world. We have rescues, shelters, Humane Societies, animal welfare and watch organizations and millions of individuals willing to give an animal a loving home. In many countries they have none of this. Is Ontario perfect? No we are far from it with culls on reserves still taking place and some animal shelters which still euthanize but we are a million times better than a lot of the world. We should be improving things for animals in Canada but at the same time we can help those from around the world.

Now I am familiar with many rescues who save animals from both here and from around the world. My hat is off to them. Be it from the meat markets of South Korea or the streets of Cairo they have no bias; a life saved is a life saved. I wish, like these excellent rescues, that I was also in a position to save animals from around the world but until I get a larger foster base I am unable to. As my organization grows I too hope to touch every corner of the earth to help dogs.

In October 2012 I travelled to Egypt and one of my most memorable moments there involved a dog. In pre revolution Egypt you didn't come across many stray dogs. The reason being they were often quickly shot. I have been to Egypt both pre and post revolution so I have seen a bit of a difference. In post revolution Egypt I experienced more street animals. After the revolution things were in a little disarray so I guess killing the stays wasn't as important as it was before the revolution.

In Cairo out front of the old Presidential palace is a small parkette. When I was there in 2006 there were no dogs there. In 2012 there were many. It was one of these dogs which left a lasting impression on me. This medium sized dirty, brown mutt came over to me wagging his tail, as friendly as any dog I have ever met. Well I couldn't help but give him a pat and pull out a sandwich for him. Well you would have thought he was my very own dog after that. He gave me kisses and began following me. I would have taken him home in a second if I could. However I couldn't. I was leaving Cairo the next day on a tour and had no way of rescuing this poor dog. I was unaware of any Egyptian organizations that could facilitate his rescue either. The area he lived in was extremely busy with traffic and I'm sure that if a car didn't get him someone with a gun eventually would. I often tear up thinking of that loving little guy and wish I could have done more. He would have made a fine addition to any family but he never got the chance. Like so many dogs around the world; they never get the chance. Lets give as many of these dogs as we can a chance.

The pictures below are of the dog I mentioned above and some of the animals I witnessed in Egypt.

Just over a year ago the city of Sochi Russia was in the news worldwide. No not for the Olympics but for the fact that they were going to cull the city's stray dogs. Newspapers around the world expressed their outrage at this including newspapers in Canada like local papers The Sun and The Star. At this same time, on native reserves across Canada, dog culls were quite common. Canadians were aware of a dog cull going on halfway around the world but for the most part ignorant of what was going on in their own back yard. Its amazing that when I talk to people outside of animal rescue how few are aware of the slaughters taking place in our own country.

So why do we allow this and why aren't people screaming for this to stop? Imagine if say Oshawa or Hamilton were to round up their stray dogs and shoot them all; it would be  on the front page of every paper. Is it political correctness? Is it we don't want to say anything negative about our indigenous peoples? Now I've never been one you would consider to be politically correct so I'm going to have to edit my thoughts somewhat here not to offend anyone.

The reason for animal culls on reserves is over population. There being no vets, animals are not spayed or neutered and the numbers can soon get out of control. When this happens a cull will be scheduled.

Now I have never been to a reserve but I have talked to people who have. I realize how bad the living conditions for many of the people are on these reserves let alone the conditions animals live in. Even if vets were available most of the people couldn't afford one. So what is happening to save these animals and what can we do to help?

Over the past few years rescues have been allowed to enter many of these reserves and save as many animals as they can before the cull. Rescues will be contacted and rescue excursions will take place. However many reserves are extremely isolated and these excursions can be extremely difficult. In some cases they can only be accessed by plane. As well on some of these excursions  trained medical staff are also taken and spay and neuter clinics are performed. Its a start but there is still a long way to go.

Over the past few months I've heard of a couple of culls which have taken place where rescues weren't given enough time to organize an excursion or plain and simply hadn't been contacted. Last year I saw a help wanted ad posted by an Alberta reserve looking for a dog "catcher". The ad offered to pay $100 a tail. In that case there was such an outrage that they had to remove the ad and in the end a rescue excursion was set up which included a spay and neuter clinic.

It is important that the general public learn what is taking place in regards to the animals so that change can be implemented. How can you help? First off you could contact your local MMP about the problem. Until the government gets involved this problem cannot be eradicated. There need to be implemented regular spay and neuter clinics and a much greater veterinary presence on reserves. Billions of dollars, your tax dollars I might add, are funnelled into reserves across Canada. Some of this money could be ear marked to help provide needed veterinary care. The government should also put an end to the culls. Dog culls would not be allowed any where else in Canada so why allow them on reserves. Through public education and government intervention this horrific practice could end.

You could also help by adopting or fostering a dog rescued from a reservation. I've had the privilege  of having worked with and fostering many northern dogs as they are often referred to. These dogs tend to be very gentle, dog social and make great pets. Molly and her pups, Nanook, Beau and Belle, all dogs our rescue has taken in and helped find homes were rescued from reserves. You could also help support organizations which organize these excursions to rescue dogs and set up Spay and neuter clinics.