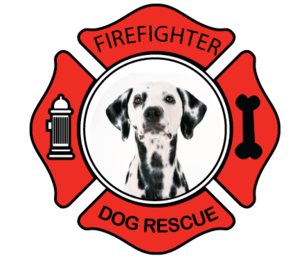 From May 2012 to August 2014 I spent about 40 hours a week volunteering at the Humane Society of Durham Region. Most of that time was spent working in the dog area. There wasn't too much I didn't do to help out with the dogs be it walking, training, washing, assisting with adoptions, driving to vet appointments, cleaning runs or simply giving a scared dog a needed cuddle. I even adopted 3 dogs and a cat myself from the shelter while I was there. For those two years the Humane Society was my second home and I cared for everyone of those dogs as if they were my own pets. Its funny how looking for a dog for my parents turned into a life changing event. I'll never forget the evening I went for my volunteer orientation. While being given a tour of the shelter we came to the kennel of a beagle named Bandit. I looked through the glass door of his kennel and gazing back at me where the biggest, saddest eyes I have ever seen. My heart instantly melted and I was hooked. I showed up the next morning and every morning I was available after that. Being a firefighter I had a lot of days available.  In the spring of 2014 I even joined the Board of Directors but that was to be short lived. Sadly the organization went in a direction I couldn't support or be a part of. It was a difficult decision, as the shelter was incredibly important to me, but I resigned from the Board and walked away from the organization.

The time I spent at the Humane Society was definitely life changing; for two years I'd dedicated my life to helping dogs and I didn't want to stop doing this. So I began helping out rescues in any way I could. I've helped transport dogs countless times coming up from the U.S. or out of Quebec to rescues in Ontario, I fostered 17 dogs for a rescue, I've donated funds, I've assisted with home checks and I even caught two dogs who had been left stray in a dump for a rescue. However I still didn't feel like I was doing enough. Having many contacts and seeing how rescues worked I decided to start up my own rescue; Firefighter Dog Rescue.

Firefighter Dog Rescue is a small foster based not for profit rescue based in Pickering Ontario. Our mission is to save every dog possible and provide them with the caring, loving home every dog deserves. To educate the public on the huge need for rescues and the importance of choosing a rescue dog over a puppy from a breeder. We are a rescue without borders, taking dogs from wherever they need rescuing.

I am currently a firefighter in the City of Toronto and have been since 1984. I have a grown daughter and a grown son who while I'm at work helps take care of the 4 dogs, cat, rabbit and at times foster dogs that reside in my home.